Today’s HL7 UK connectathon was a first for many of the participants. It was certainly the first European hackathon and for most the first time working with FHIR. For many it was also a renewed acquintance with HL7, especially in the mobile and REST space. “Where were you when we needed you” pretty much sums up the general sentiment, as quite a few participants had resorted to build a home-brewn solution in the past years when requirements asked for a web-ready architecture. I am grateful that the participants took the effort to come to London today to ponder and try replacing their bespoke solutions for a FHIR based one. 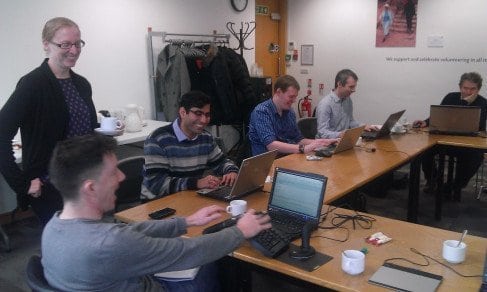 As usual the hours passed by in the blink of an eye, accompanied by the comforting sound of a humming airco and the hammering of keys. That’s how I like my hackathons!

Want to stay on top of Interoperability and Health IT?

Subscribe to our newsletter for the latest news on FHIR.